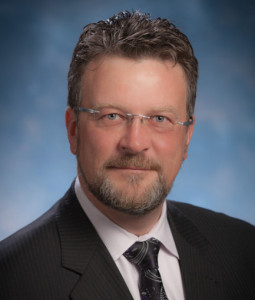 Steven Wrobel has been a practicing attorney since graduating from the University of Maryland School of Law in 1990. First as an Air Force Judge Advocate from 1991 to 1997 all over the United States and Europe, and then upon returning home, as a private practitioner for the past two-plus decades. While in the Air Force, Steven worked as a prosecutor, a defense counsel, and a contracts litigation attorney, gaining valuable experience in both criminal and civil legal matters. Steven continues to engage in a far ranging litigation practice, representing individuals accused of crimes, companies that need internal investigations to be conducted by outside counsel, and employers seeking to enforce restrictive covenants against former employees. He has also represented many professionals and corporations before various licensing boards and in other administrative forums. Steven has also assisted many individuals who are not at all experienced in taking their dispute to court, and need someone who can take the time to guide them through the maze of litigation they find themselves in.

Steven has had the opportunity to work closely with some of the finest trial lawyers in the State of Maryland. He was co-counsel with Gregg Bernstein (who went on to win election as State’s Attorney in Baltimore City) in representing former State Senator Larry Young on various corruption charges. Senator Young was acquitted of all charges in a jury trial held in Anne Arundel County, Maryland. He worked for many years with Gerard Martin and Ben Rosenberg on political corruption cases and complex business disputes. Steven has also represented hundreds of clients and tried dozens of cases on his own, and his blend and breadth of experiences make him a formidable opponent in the courtroom.

After working with law firms in Baltimore from 1997 to 2014, Steven decided to return to Anne Arundel County, Maryland where he grew up and continues to live, and establish his own law practice. The Law Office of Steven Wrobel, LLC is based in West Annapolis, just across from the United States Navy-Marine Corps Stadium, and Steven is available to assist you in your civil, administrative, or criminal case.